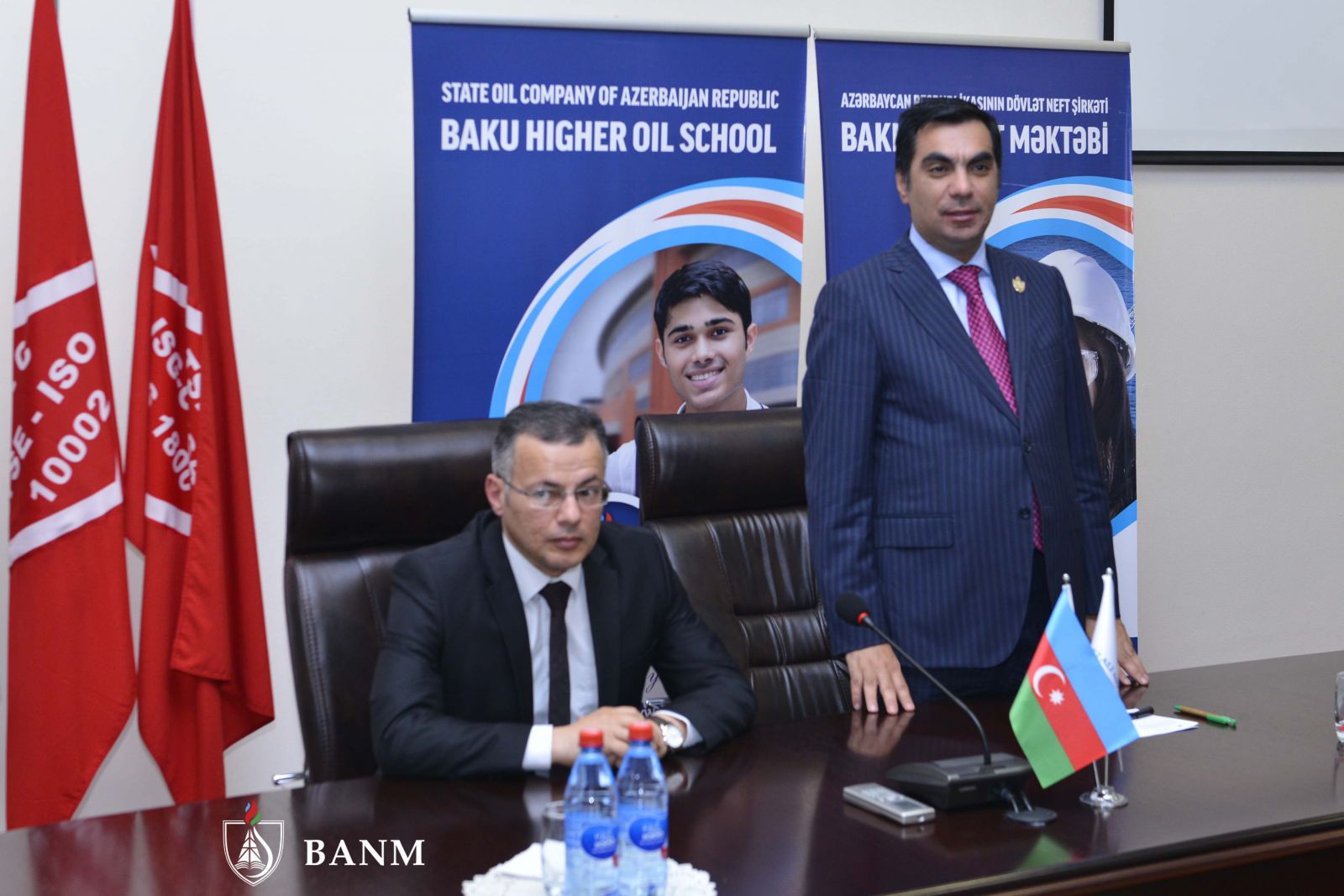 One of the lectures, which Centre for Analysis of Economic Reforms and Communication of the Azerbaijan Republic conducts at leading national higher educational institutions for popularization of economic reforms, was held at Baku Higher Oil School (BHOS). Executive Director of the Centre Vusal Gasimli delivered a speech entitled “Achievements and prospects of economic reforms in Azerbaijan” before teachers and students of the Higher School.

Opening the gathering, BHOS Rector Elmar Gasimov said that such initiatives are   important for intellectual development of young people and promotion of their modern thinking. In his words, the strategy implemented by President of the Azerbaijan Republic Ilham Aliyev allowed to allocate profits from the oil contracts implemented in the country towards improvement of well-being of Azerbaijani people and social and economic development of the republic including providing young people with opportunities to receive education abroad. This is an example of successful implementation of the slogan “Transform oil capital into human capital” by the national leader Heydar Aliyev, said the Rector. Speaking about economic reforms in the country, Elmar Gasimov spoke about positive changes brought by them in many spheres of national economics.

In his lecture, Executive Director of the Centre for Analysis of Economic Reforms and Communication Vusal Gasimli told about tangible success achieved as a result of implementation of national oil strategy in various fields related to the economic security including transportation, logistics and financial and food supply security. He told about new stage of institutional and structural reforms based on previous achievements and political and social stability and aimed at improvement of business environment and development of tools for provision of economic incentives. “Thus, we forecast rapid economic development of the country in 2018,” said Vugar Gasimli. He also told about implementation of Strategic Road Maps and development of new economic models.

Then the meeting participants exchanged their opinions about issues raised in the lecture. In conclusion, Executive Director of the Centre for Analysis of Economic Reforms and Communication Vusal Gasimli answered numerous questions and expressed his gratitude to the BHOS Rector for support in organization of the event.