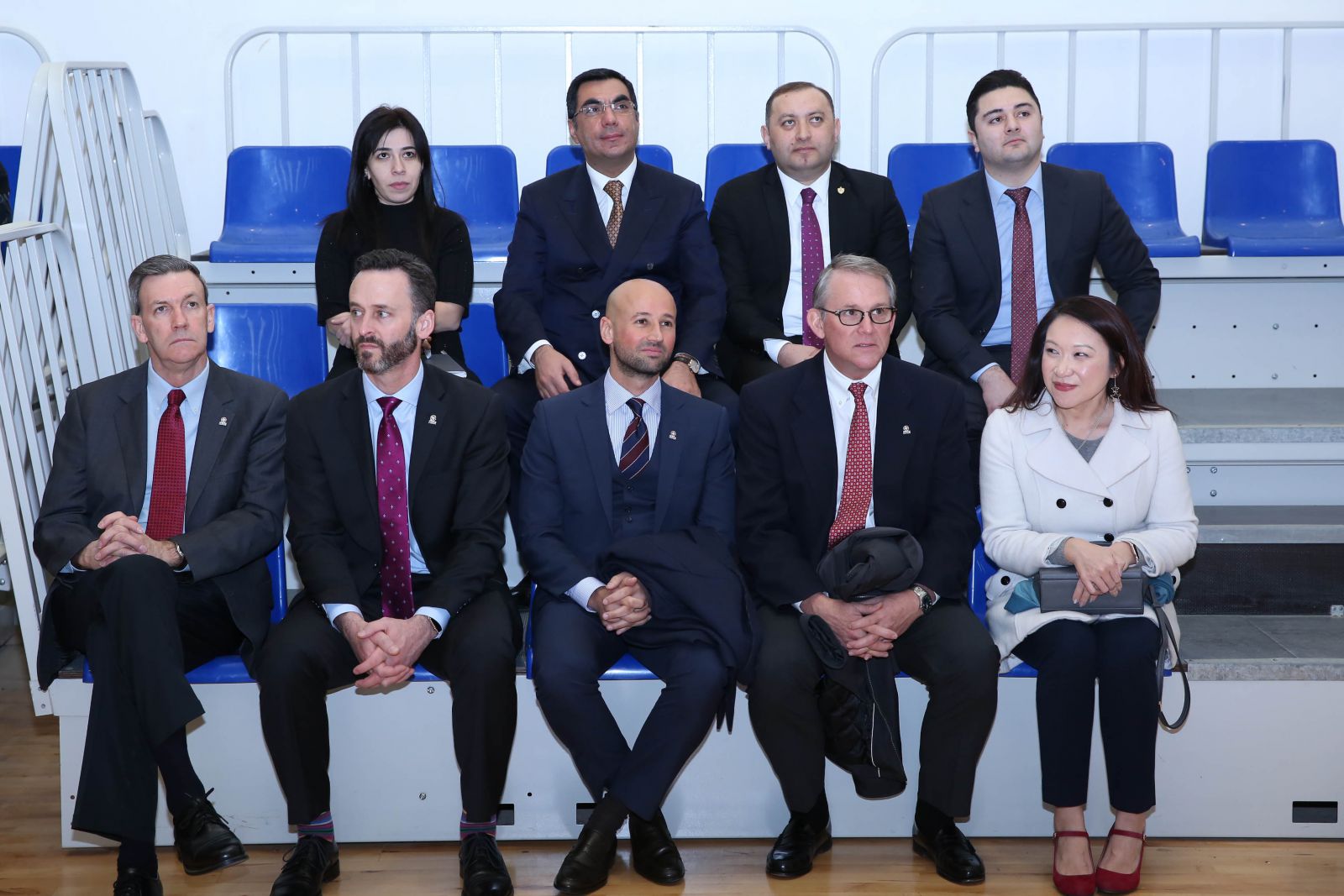 During their recent visit to Baku Higher Oil School, members of the delegation of International Association of Drilling Contractors (IADC) led by Association President Jason McFarland attended the first game of the basketball tournament at the Higher School. It is organized among the senior students’ teams with support of the BHOS Student Senate.

There are ten teams participating in the tournament. The IADC delegation and BHOS top management watched the game between the Panorama Bulls and BHOSton Celtics teams, in which the former became the winner.

Sharing his impressions, Mr. McFarland said, “IADC would like to thank Baku Higher Oil School and, in particular, Rector Elmar Gasimov, for hosting IADC and providing us with a fascinating tour of your first-class facility. The students of the Baku Higher Oil School are among the brightest and most energetic in Azerbaijan. Moreover, these students displayed an eagerness to learn and to apply their education to real-world scenarios, which will be valuable experiences in the future as they enter the industry workforce.”