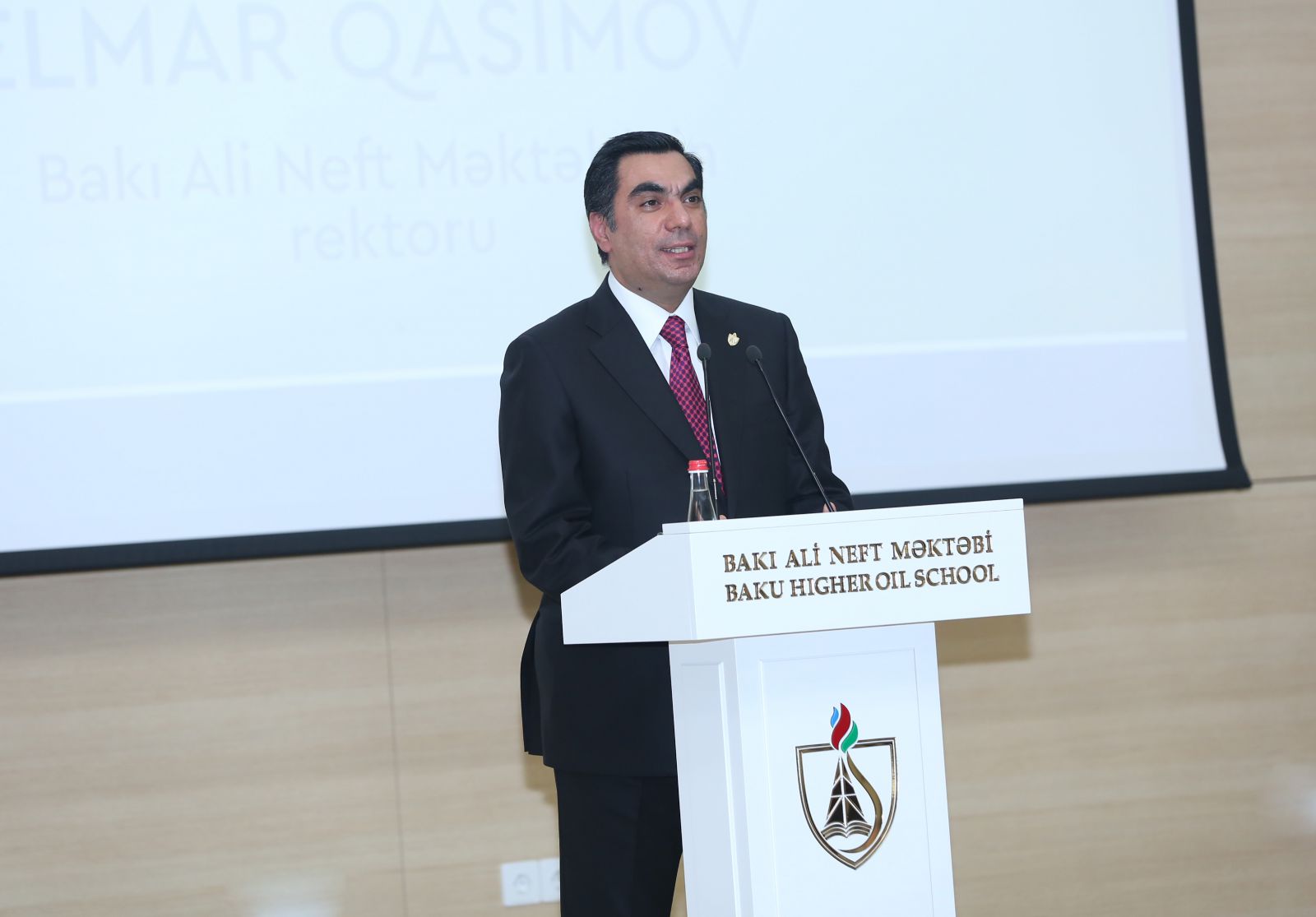 At the beginning, the National anthem of the Republic of Azerbaijan was played.

Opening the gathering, Rector Elmar Gasimov extended his sincere congratulations to BHOS female students and staff members and to all Azerbaijani women on the International Women’s Day, which is traditionally celebrated all over the country on March 8 every year. In his words, President of the Republic of Azerbaijan Ilham Aliyev pays special attention to strengthening the position of women in the political, social, economic, scientific and cultural spheres and provides all necessary support to their initiatives and activities carried out for the prosperity of the country. The Rector informed that the number of female students at BHOS is constantly growing and that women comprise 60% of all staff members.

In conclusion, Rector Elmar Gasimov once again congratulated women on the International Women’s Day and presented gifts to all female students and staff members. Ten staff members were awarded Honorary Certificates and valuable prizes for their success in the work. The event concluded with a concert performed by the students of Azerbaijan State University of Culture and Arts, and by the members of the Higher School’s Music Club.