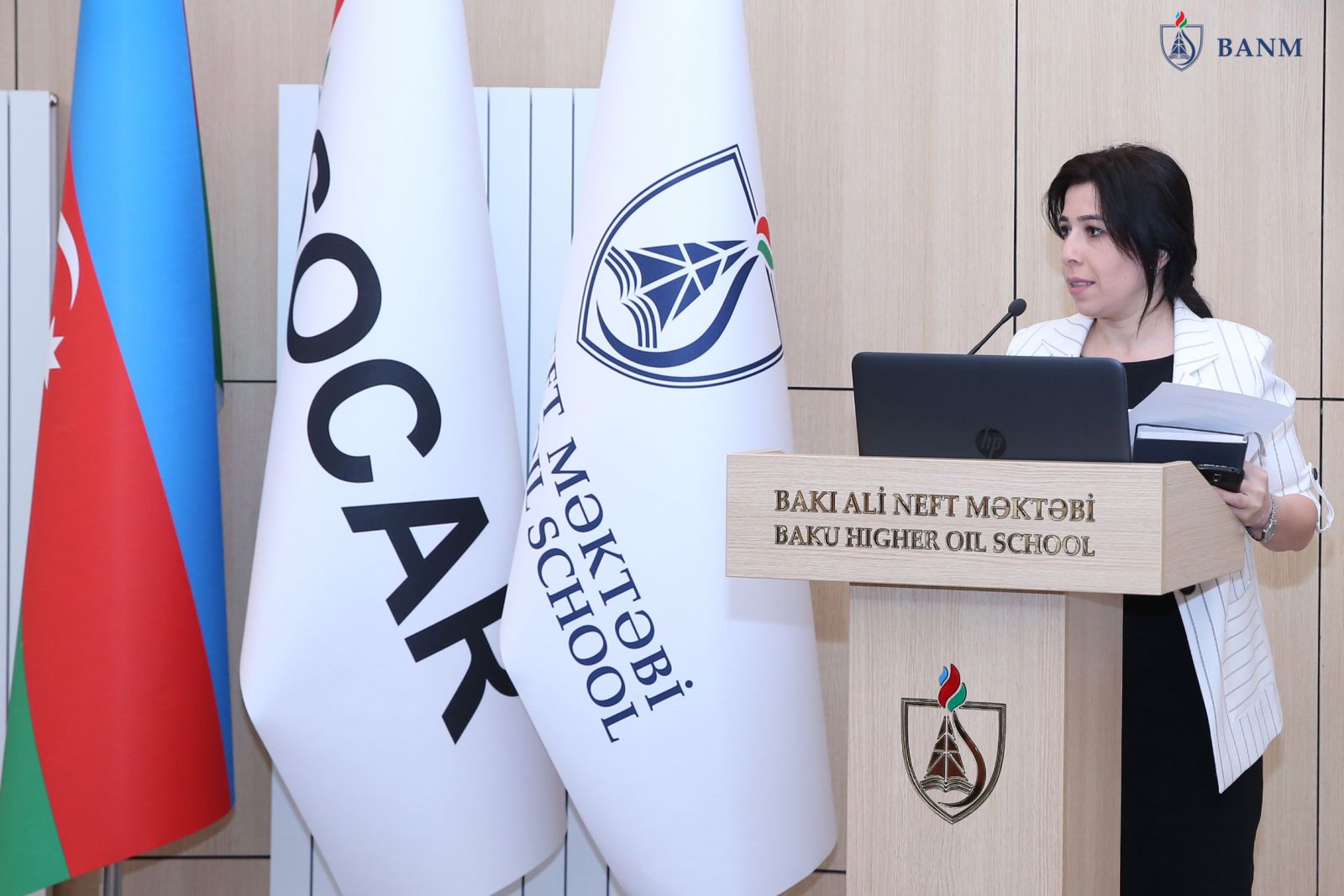 Baku Higher Oil School hosted a Student Scientific Conference entitled “Heydar Aliyev, an extraordinary personality and charismatic leader”. It is organized within a series of National Student Scientific Conferences, which are dedicated to 96th anniversary of the national leader of Azerbaijan Heydar Aliyev. The presentations made at the event highlighted Heydar Aliyev’s role in the development of modern Azerbaijan as an independent state and the design of national oil strategy, his contribution to the settlement of the Nagorno-Karabakh conflict and activities of the great leader aimed at formation of a strong national army.

The national student scientific conferences are annually conducted by the Higher School to show respect for, and pay honor to, the great political leader Heydar Aliyev. They aim to raise interest of Azerbaijani youth in scientific and research activities, facilitate technical information and expertise exchange, and help young people to develop their scientific and creative potential. For the first time, the following three separate conferences will be carried out this year: “Perspectives in Chemistry and Chemical Engineering”, “Quality Energy, Quality Service” and “High Technologies – Innovative Applications”.

The participants who include students from various national higher educational institutions can submit their presentations in Azerbaijani, English or Russian language.

The best student works selected by the conference jury will be presented at the closing session. Their authors will be awarded BHOS certificates and special prizes from the event sponsors.