News
Baku Higher Oil School will stage operetta 'If Not That One, Then This One', in which BHOS students will perform acting roles 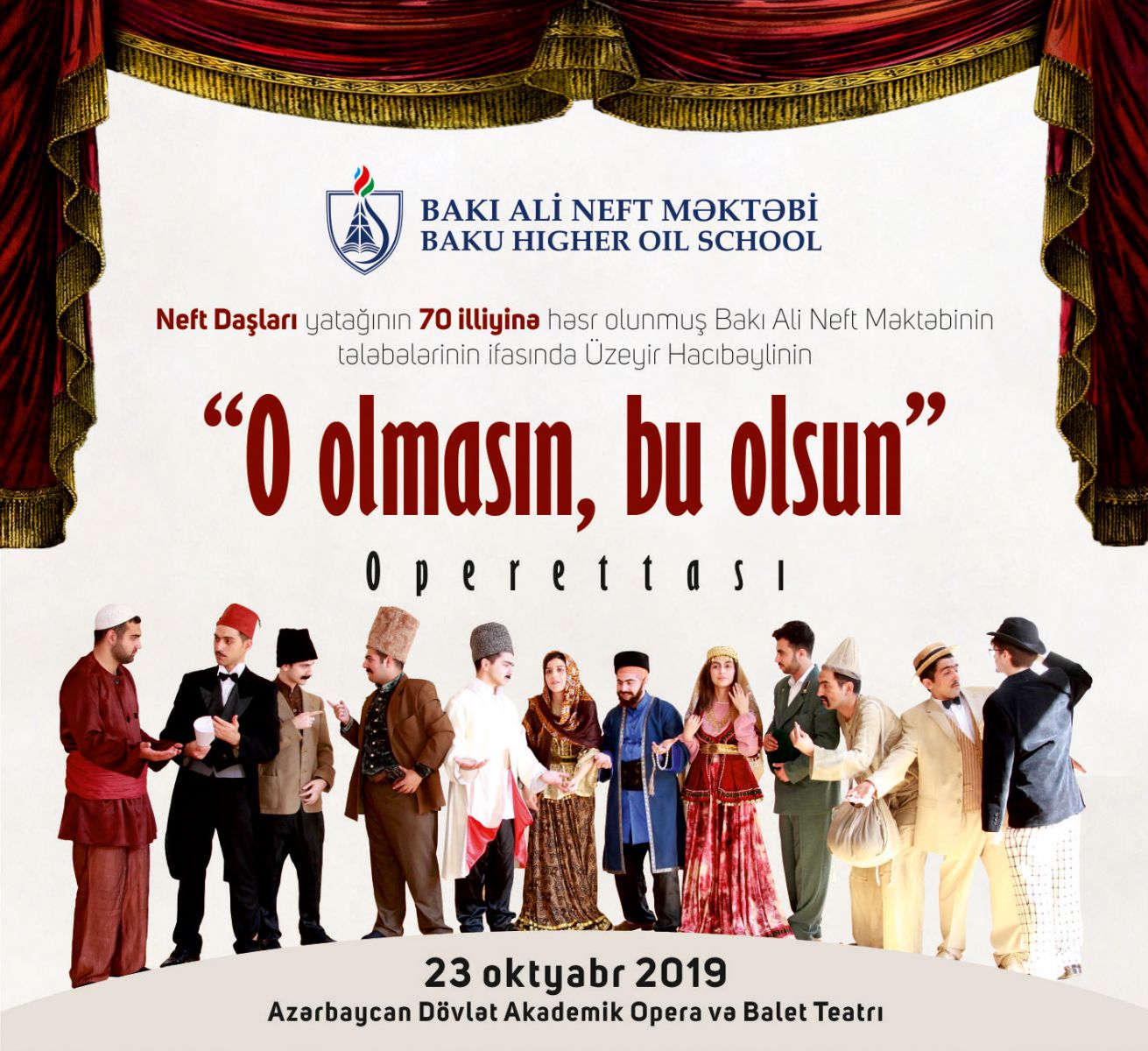 Students of Baku Higher Oil School (BHOS) will perform the operetta “If Not That One, Then This One” by the great composer Uzeyir Hajibeyli.

The musical comedy is dedicated to the 70th anniversary of the world's first oil platform - the Oil Stones field.

The operetta will be performed on October 23, 2019 at 18:00 on the stage of the Azerbaijan State Academic Opera and Ballet Theater.

The play will be performed by local and foreign students of Baku Higher Oil School.

This is the second performance staged by Baku Higher Oil School in which BHOS students play acting roles.

The first play performed by BHOS students was the one based on the comedy by Mirza Fatali Akhundzade “The Tale of Monsieur Jordan the Botanist and the Celebrated Sorcerer, Dervish Mastali Shah”.

Note that the comedy “If Not That One, Then This One” was written by Uzeyir Hajibeyli in 1910. This was the second play he wrote in the genre of musical comedy. The play, consisting of four parts, includes the Azerbaijani folk music mugam and the gazels written by the medieval Azerbaijani poet Fuzuli.