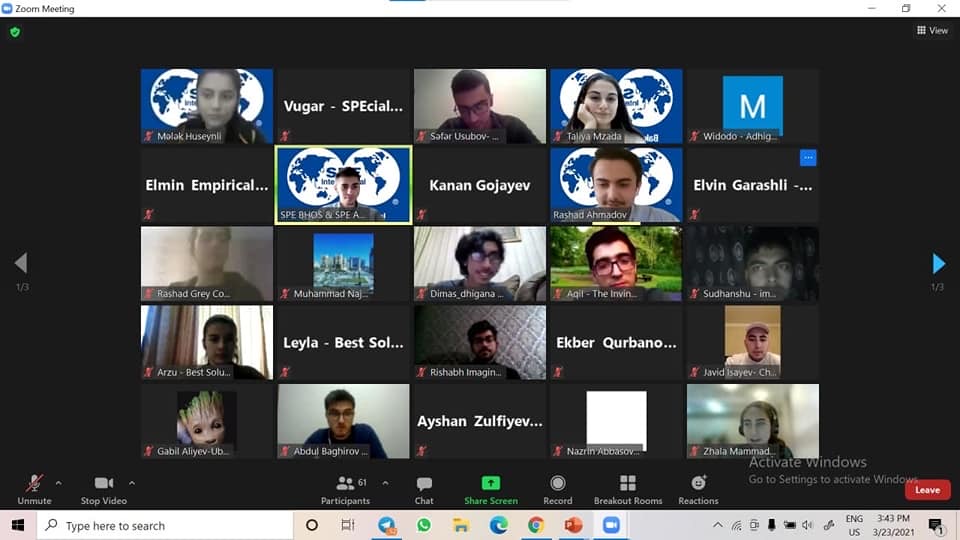 The BHOS Student Chapter of the Society of Petroleum Engineers (SPE), jointly with the Azerbaijan State Oil and Industry University (ASOIU), have held the second ChemBowl competition.

The competition lasted over 7 hours.

The first round consisted of 80 questions, and 16 teams competed in the final.

The team “EngineHeads” of Baku Higher Oil School won the final round with a maximum of 100 points.

The second place was also taken by the BHOS team “Gray Council”.

The team “The Invincibles” of the Azerbaijani-French University took the third place.