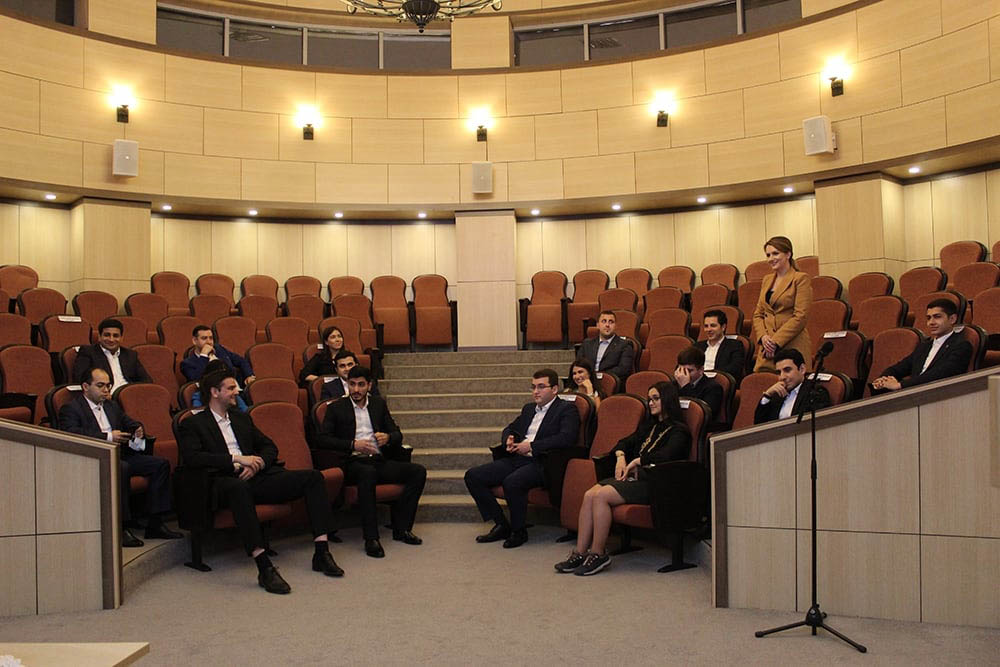 Rector of Baku Higher Oil School (BHOS), member of the Board of the Yeni Azerbaijan Party (YAP) Elmar Gasimov has held a meeting with members of the YAP Youth Association.

Firstly, the participants of the meeting were provided with detailed information about the educational conditions, the material and technical base, the social infrastructure, and the research environment that had been created at the university. Then, they made a tour of the campus.

Welcoming the participants, Elmar Gasimov noted that young people who join the Yeni Azerbaijan Party are always formed in the socio-political environment. He also noted the indispensable role of the party in the formation and development of modern Azerbaijani youth.

Then, a video was shown featuring the delivery of a speech by the President of the Republic of Azerbaijan Ilham Aliyev at the opening ceremony of the BHOS campus.

Emphasizing the importance of such meetings, Bakhtiyar Islamov said that Baku Higher Oil School plays an important role in meeting the needs of the country's industry for English-speaking specialists who have received education on the basis of modern education programs and learning technologies.

The meeting ended with an exchange of views on the topics of interest to the participants.