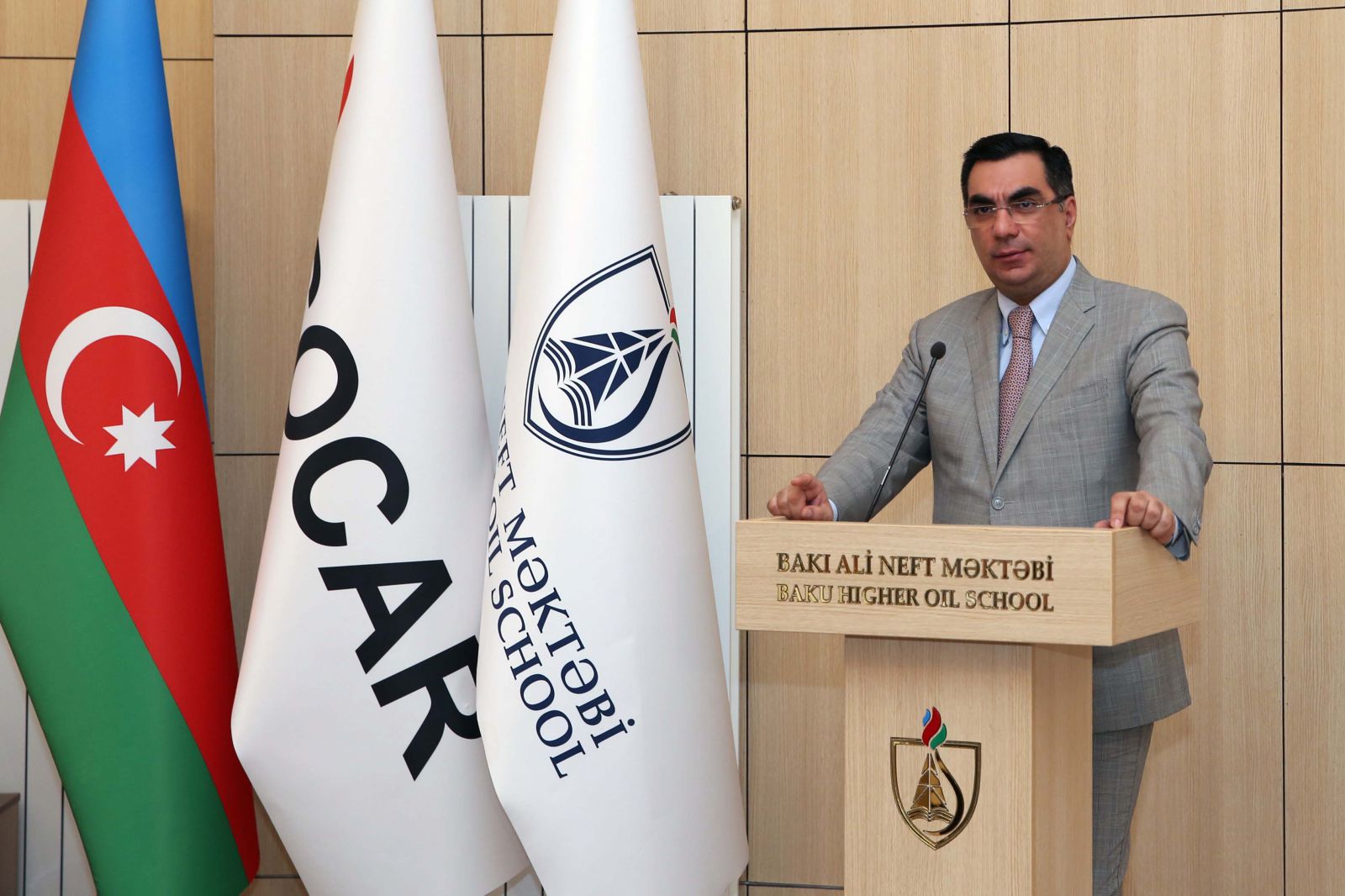 Baku Higher Oil School (BHOS) hosted a graduation ceremony for students of M7 and M8 groups of the School of Project Management (SPM), a joint initiative of BHOS and the British company TwentyEighty Strategy Execution (STRATEX).

This time, about 30 specialists from more than 14 organizations and companies graduated from the School of Project Management, which conducts training based on the curricula of the George Washington University (USA).

Among the SPM graduates were senior and responsible employees of such organizations and companies as the Ministry of Economy, SOCAR, AQŞ, Karabakh Operating Company, Umid-Babek Operating Company, SOCAR Polymer, SOCAR STP, Pasha Holding, ABB, the State Agency for Public Service and Social Innovations under the President of the Republic of Azerbaijan, BP, Xalq Həyat Sığorta, the International Committee of the Red Cross, Azercell, Agro Dairy LLC.

In his speech, BHOS Rector Elmar Gasimov congratulated the graduates of the School of Project Management on the successful completion of the program. He emphasized the important role of the project in training world-class specialists.

“Many graduates of the School of Project Management, which has been functioning at Baku Higher Oil School for 5 years, have achieved significant success in their careers. The new knowledge gained by the graduates contributes to their professional advancement,” the rector added.

In his speech, BP's Vice President for Communications and External Relations in the Middle East and the Caspian region Bakhtiyar Aslanbeyli said that BHOS is successfully implementing the personnel training process within this program.

At the end of the ceremony, the SPM graduates received Master’s Certificates of the George Washington University.

It should be noted that in recent years, companies and organizations operating in both the public and private sectors have been paying more attention to the professional development of their employees. Notably, they prefer that their employees undergo training at the School of Project Management.

The number of graduates of the Project Management School of Baku Higher Oil School has already exceeded 100 people.