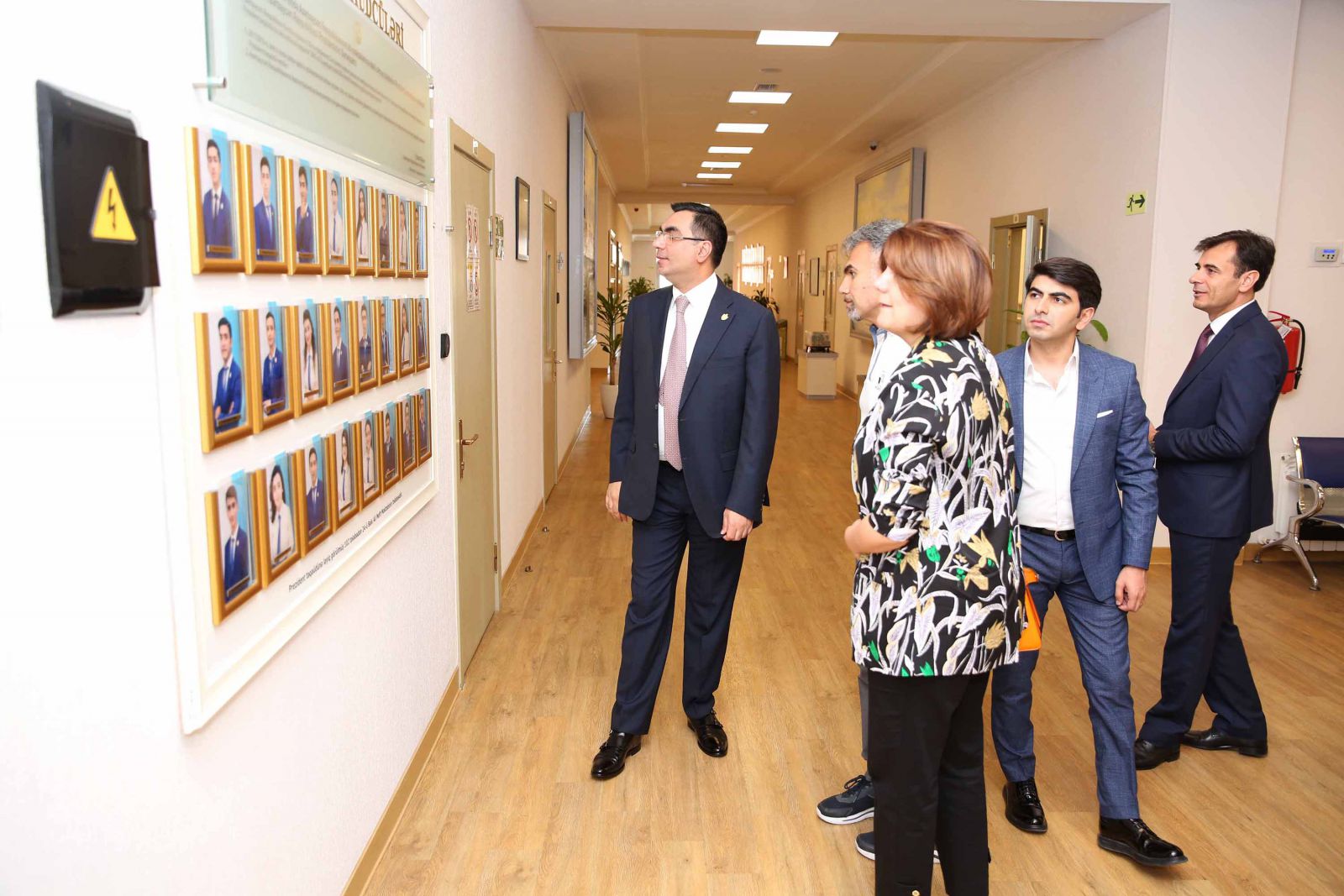 A media tour has been held at Baku Higher Oil School (BHOS) with the participation of heads of famous Azerbaijani media outlets.

As part of the media tour, the guests visited the educational campus of Baku Higher Oil School. BHOS Rector Elmar Gasimov informed the media representatives in detail about the educational and research environment formed at the university. The journalists viewed classrooms, research laboratories and a sports complex. The exhibits of the Oil Museum of Baku Higher Oil School aroused great interest of the guests.

Elmar Gasimov told the media representatives about the successes achieved by students and graduates of the university. The rector noted that BHOS maintains a leading position in the admission and number of presidential scholars.

Speaking about the successes of this year's graduates, Elmar Gasimov said that BHOS graduates will continue their education in master's and doctoral studies at 50 universities in 16 countries. At the same time, he noted that 7 graduates of the university will study at famous universities in the United States, and 6 - in Germany under the DAAD program.

The journalists lauded the learning conditions that had been created at the university according to modern standards, noting that BHOS serves as a model for other universities.

During the conversation with the guests, Elmar Gasimov stressed that guided by the motto of the President of the Republic of Azerbaijan Ilham Aliyev "We must turn oil capital into human capital!", Baku Higher Oil School will continue the honorable mission of training highly qualified English-speaking specialists.