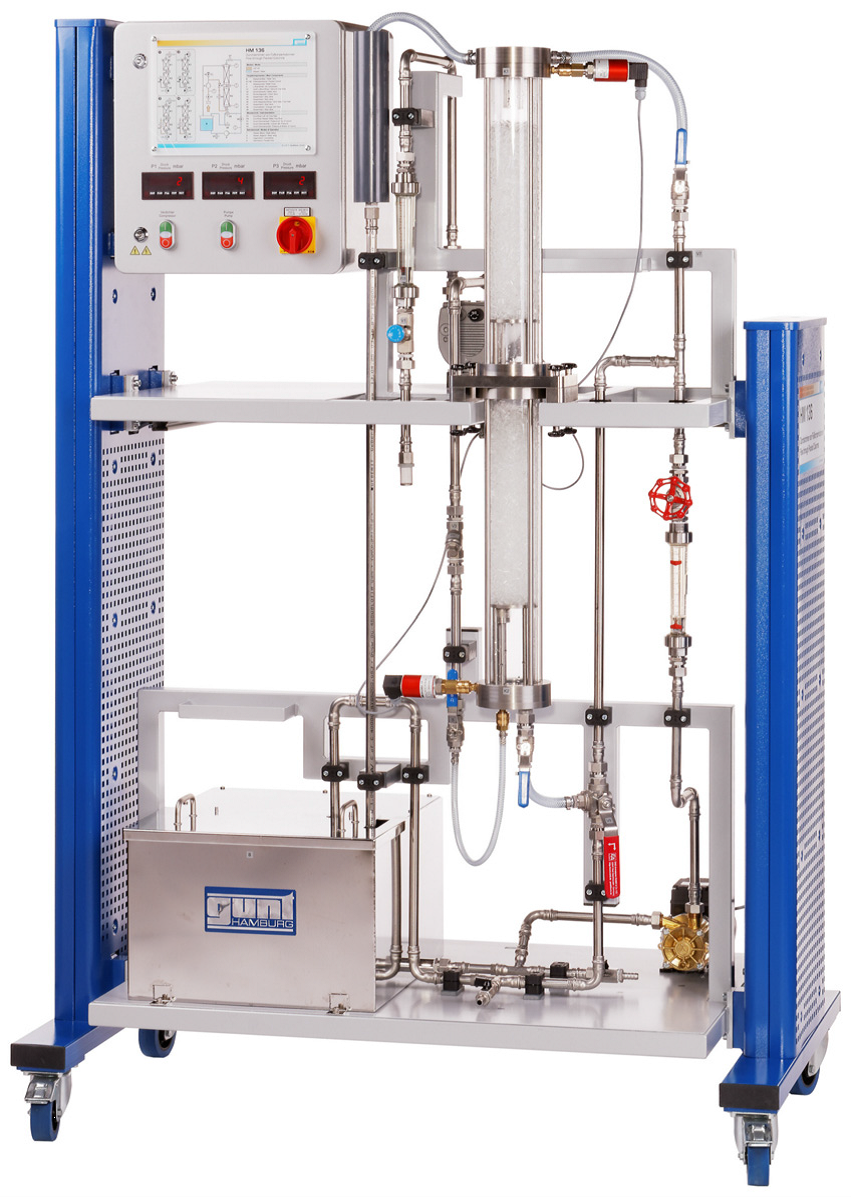 This unit is used to investigate the hydraulic characteristics of packed bed columns. The function is based on the mass transfer between liquid and gas phase. Diffusion in liquid and gas 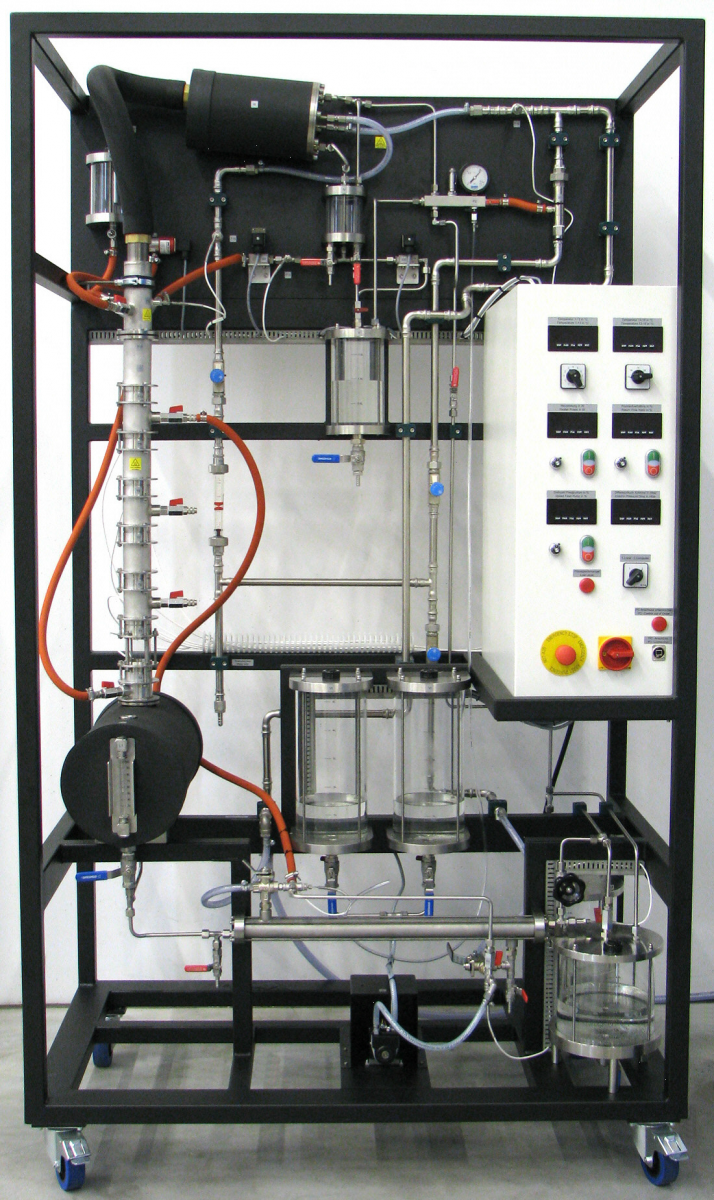 This unit enables liquid mixtures to be thermally separated depending on their different volatility. During the experiment the mass transfer between water and ethanol is studied. 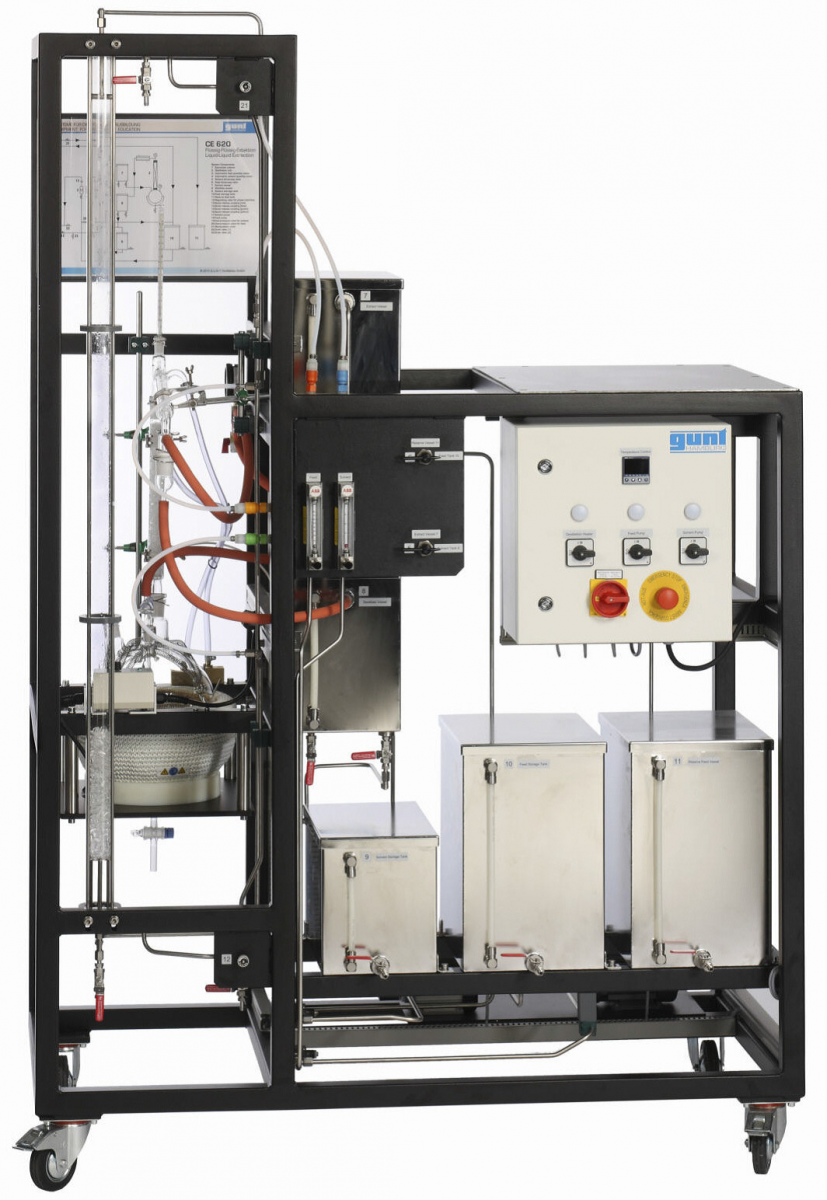 This unit is used to learn the extraction process. The transition of a component from a two-component liquid mixture into a solvent is observed during the experiment. 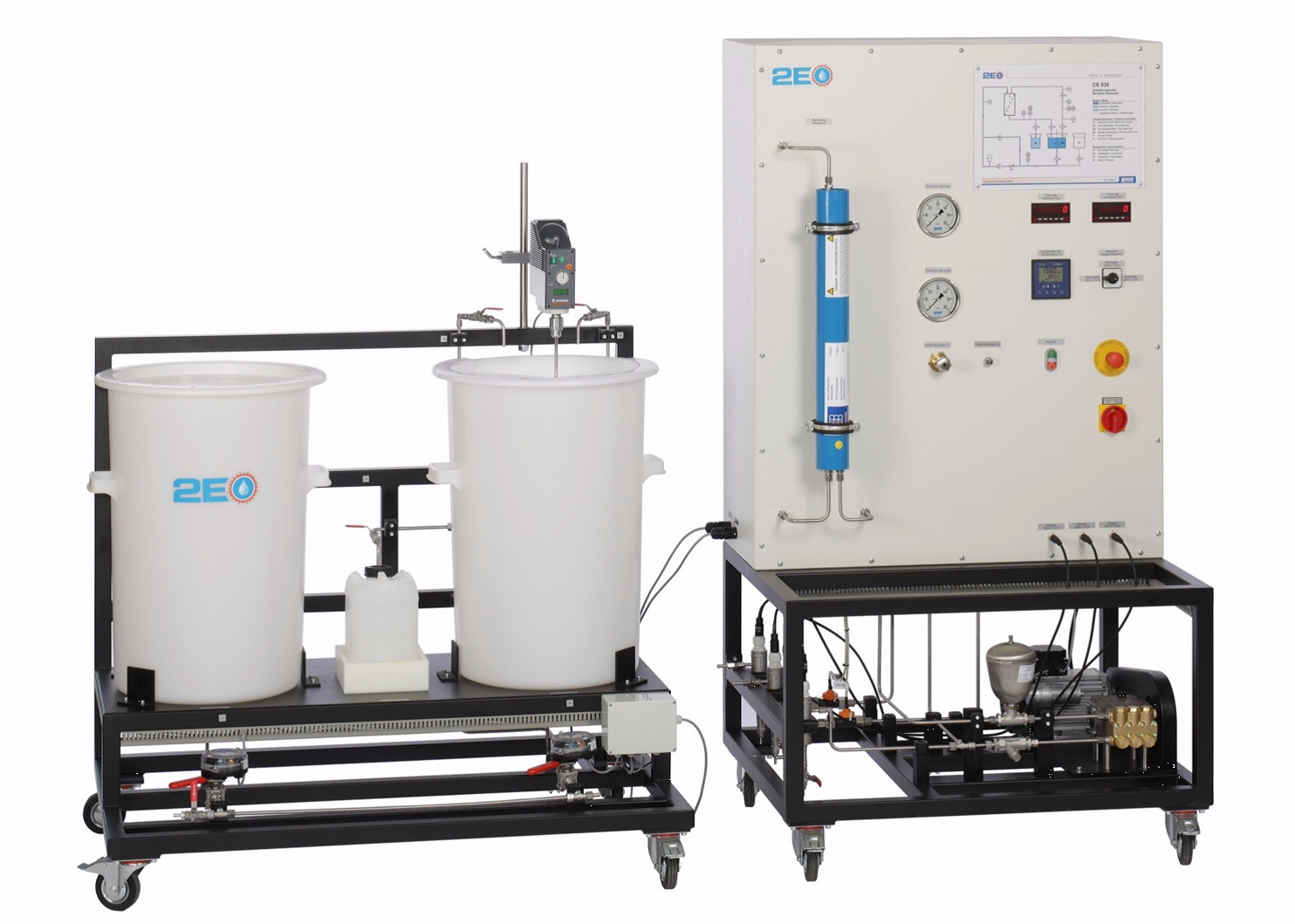 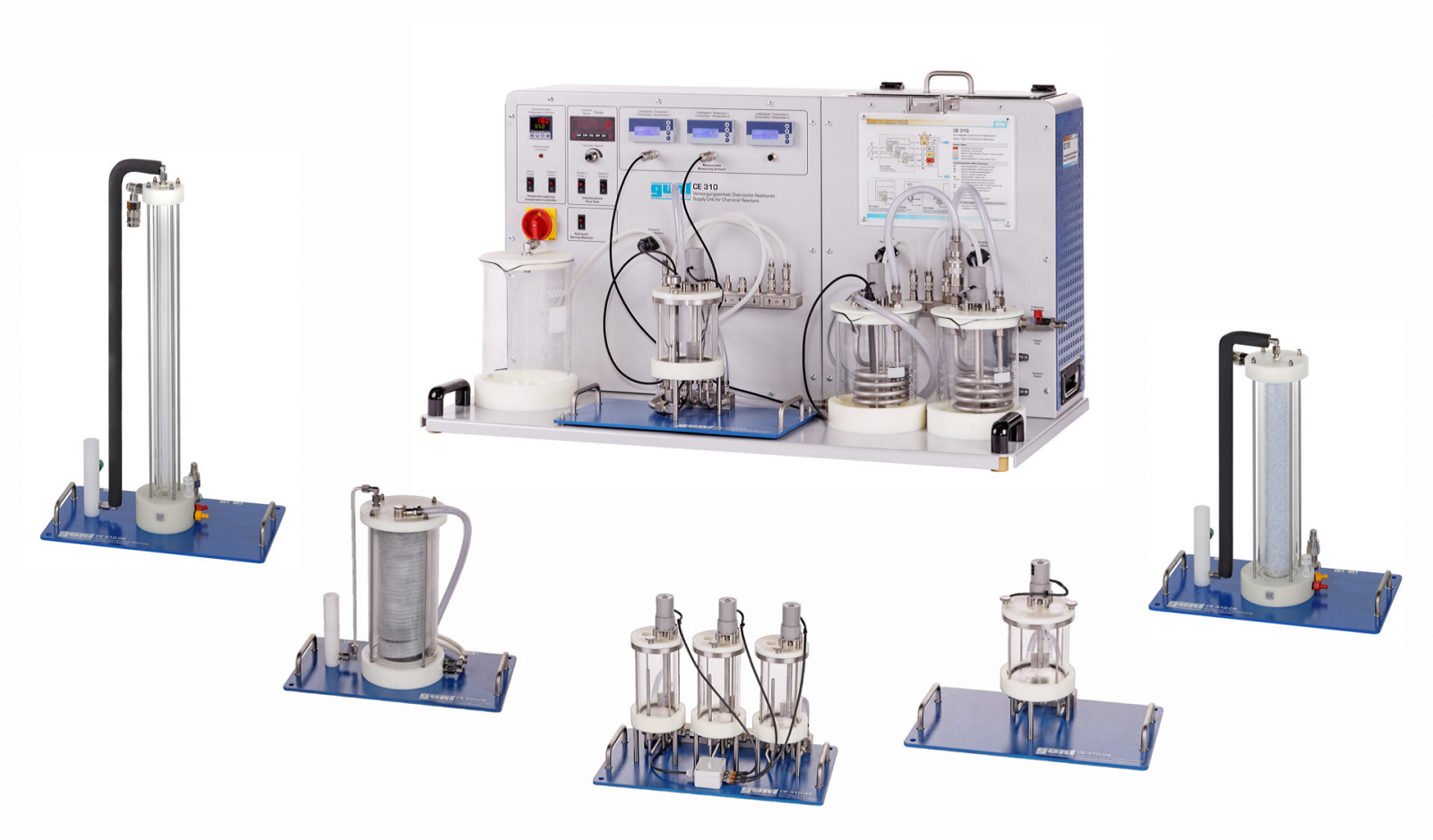 This unit is used to demonstrate the differences between the four basic chemical reactor types. The aim of the experiment is to determine the conversion depending on reactor type, retention time, temperature and concentration. 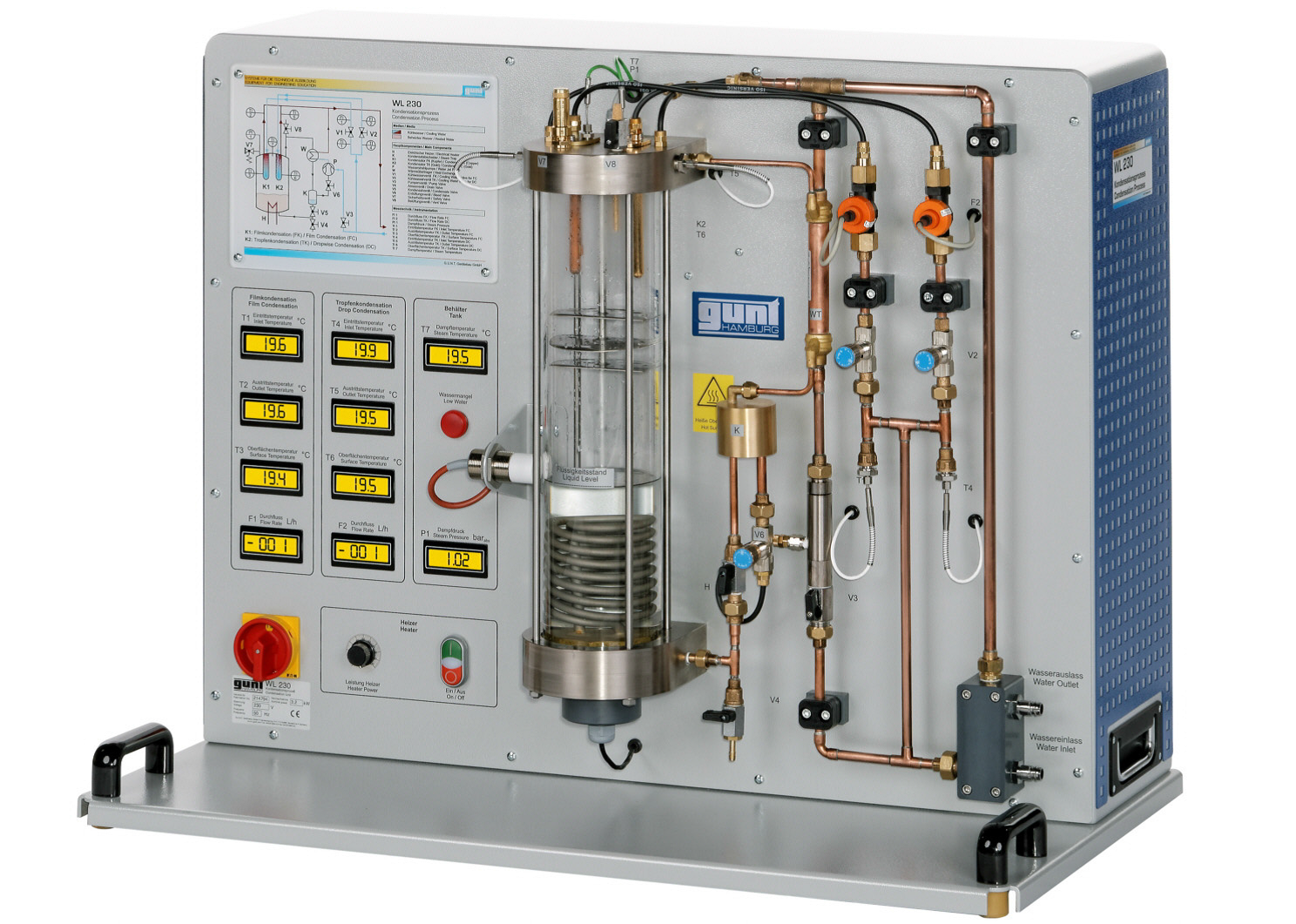 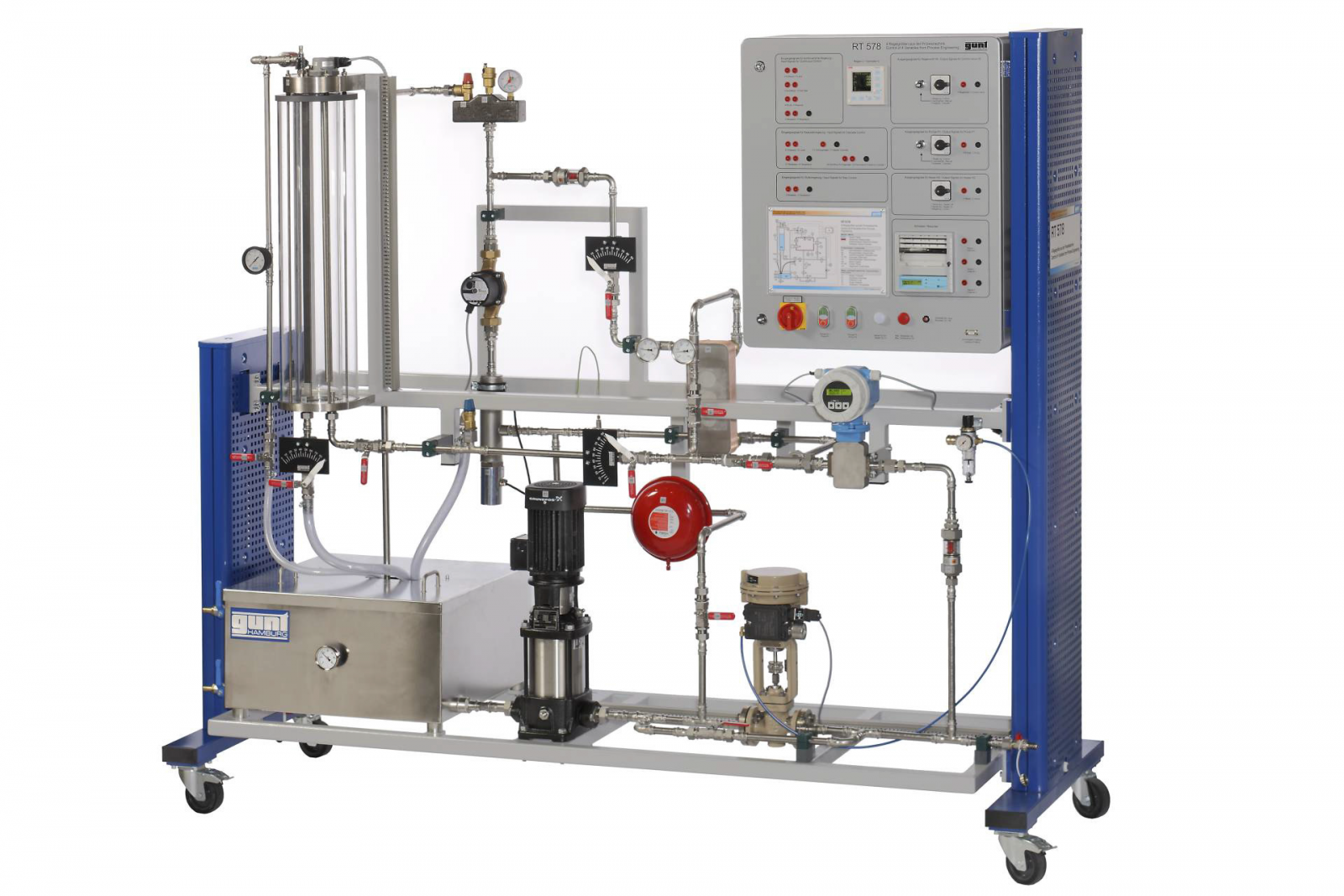 This unit offers a total of four different controlled systems that can be controlled with an electronic industrial controller. Controlled variables are temperature, level, flow and pressure. 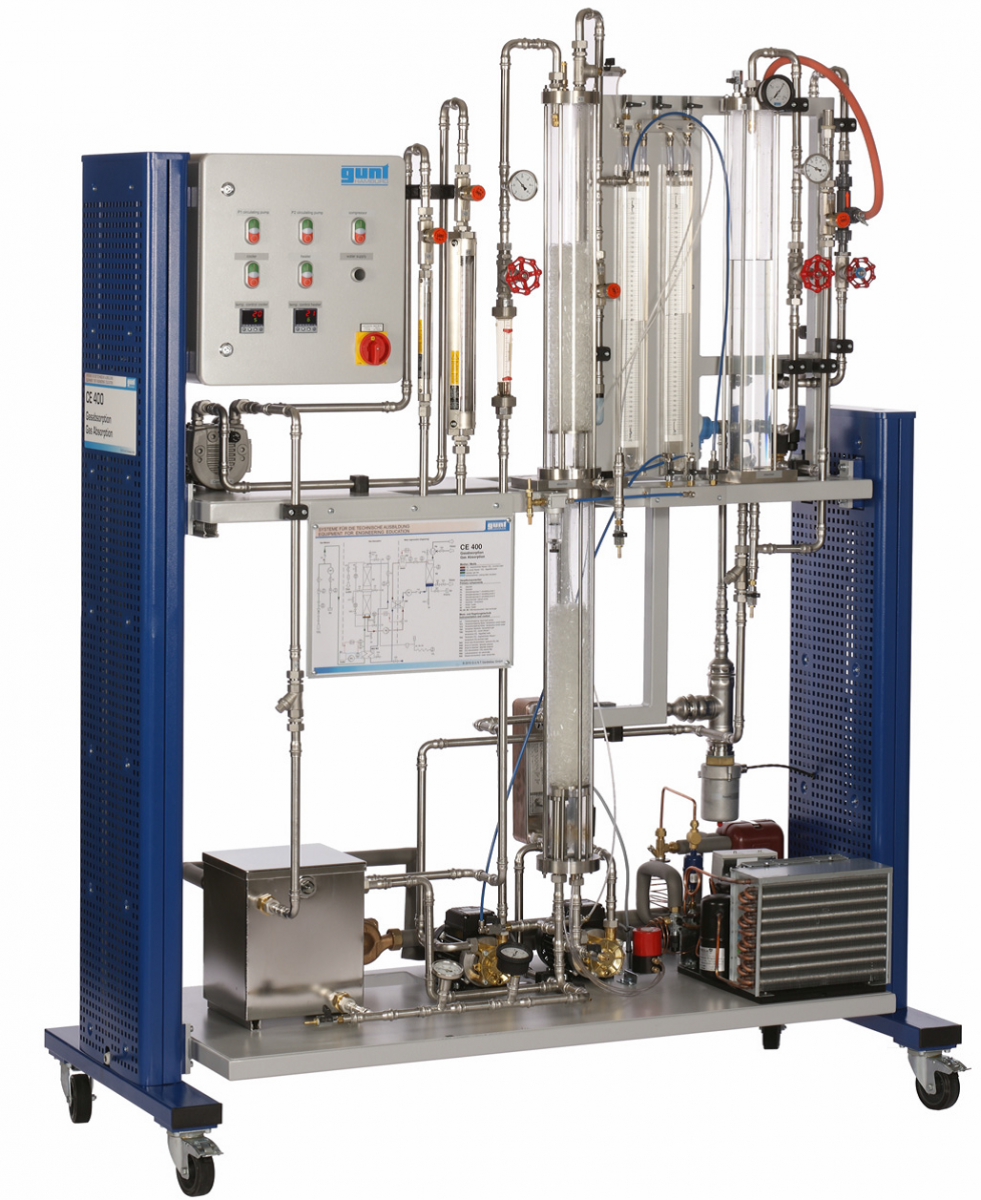 This unit is used to separate a component from two-component gas mixture using a solvent. It includes two sub-processes: absorption and desorption.