About the History of Baku Higher Oil School

Baku Higher Oil School was established as a public higher educational institution under the Decree №539 dated 29 November 2011 issued by the President of the Republic of Azerbaijan Ilham Aliyev. 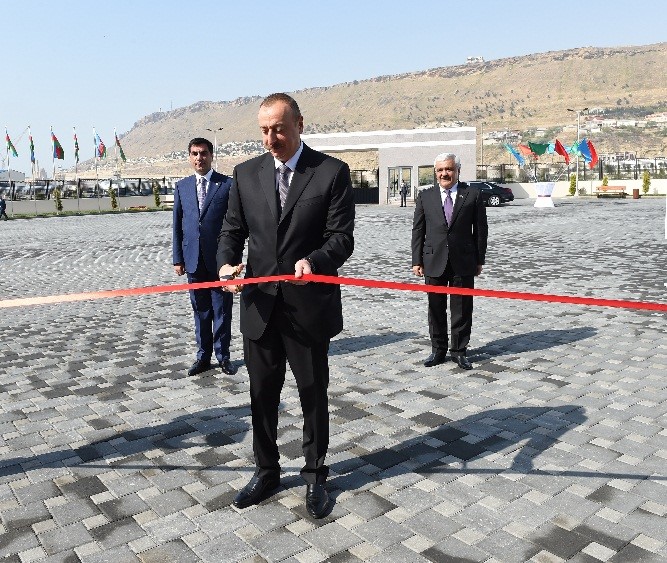 In January 2012, a Memorandum of Understanding between Baku Higher Oil School (BHOS) and Heriot-Watt University on cooperation in training of specialists was signed by Mr. Badal Badalov, SOCAR’s Vice-President Social Issues Badal Badalov and Principal of Heriot-Watt University (UK) Prof. Steve Chapman. On February 29, 2012, the Statute of Baku Higher Oil School was registered by the Ministry of Justice of the Azerbaijan Republic. 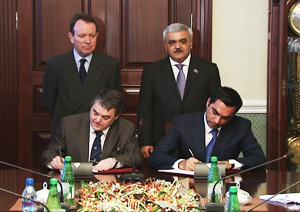 On April 10, 2012, Elmar Gasimov was appointed the Rector of Baku Higher Oil School by relevant decree of the President of the Republic of Azerbaijan Ilham Aliyev. On May 26 of that year, the BHOS Rector Elmar Gasimov and the Principal of the Heriot-Watt University Prof. Steve Chapman signed an agreement reflecting the basic principles of organizing joint specialist training. 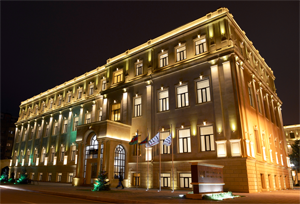 According to the results of the entrance exams to national educational institutions administered by the State Students Admission Commission of Azerbaijan (SSAC) in August 2012, out of 116 successful test-takers 58 were admitted to Petroleum Engineering department and the other 58 prospective students were admitted to Chemical Engineering department. The average passing score was 631 points. Eleven BHOS students were awarded with Presidential scholarship. In the rating compiled by the SSAC based on outcomes of the Admittance Campaign in 2012, Baku Higher Oil School became the absolute leader among 51 higher education institutions in Azerbaijan. 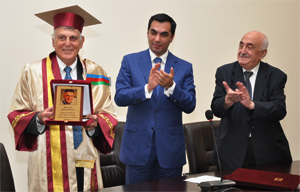 According to the information provided by the SSAC, during the entrance exams for 2014/2015 academic year, the average passing score at BHOS made up 668 points, and the Baku Higher Oil School occupied the first place in the list of national universities in this rating. That year, 17 undergraduates were awarded with the Presidential scholarship.

During entrance exams to national higher educational institutions conducted by SSAC for 2015/2016 academic year, the minimal passing score at BHOS was 659 points and the average passing score made up 676 points, which was the highest indicator in the country. Three students out of seven who earned 700 points at the entrance exams in the first group of specialties chose to study at BHOS, and 17 undergraduates became the Presidential scholars.

Upon the results of the entrance exams for 2016/2017 academic year conducted by the State Examination Centre of Azerbaijan (SEC), the minimal passing score at BHOS was 645 points and the average passing score made up 667 points. Two prospective students, who earned 700 points at the entrance exams, enrolled in the Baku Higher Oil School, and 17 undergraduates were awarded with the Presidential scholarship.

On 1st of May 2017, President of the Republic of Azerbaijan Ilham Aliyev attended the opening of a campus of the Baku Higher Oil School. Addressing the participants of the inauguration ceremony, he said: “It is a very significant day in the life of our country today. We are celebrating the opening of a campus of Baku Higher Oil School. It meets the highest standards. Baku Higher Oil School has been operating for six years. It has been very successful. Over these years, the school has earned itself a worthy place in the sphere of education in Azerbaijan. The school moves to a new campus, a new building today. All the conditions are available here to study and master knowledge. The most modern technologies have been applied. All the buildings are beautiful and built with taste. There are sophisticated laboratories here, and I have been familiarized with them. The level of education here will meet the highest standards.”

Within the framework of cooperation with the Baku Higher Oil School, many transnational companies including, among others, Schneider Electric, ABB, Avandsis Group and Emerson set up modern training laboratories at the campus where modern equipment is installed that the most advanced technologies are used. 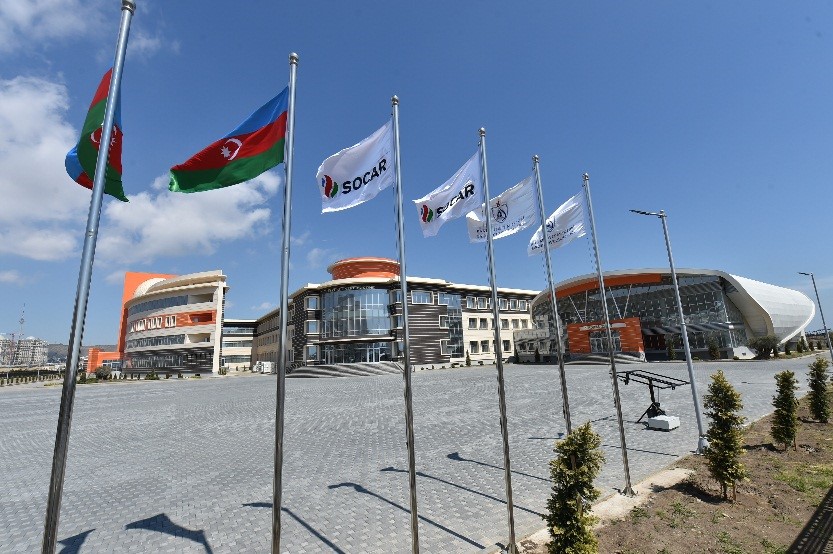 According to the results of the entrance exams to national educational institutions administered by the SEC, the minimal passing score at BHOS made up 662 points and the average passing score made up 679 points. All seven prospective students who earned 700 points at the entrance exams in the first group of specialties were admitted to the Baku Higher Oil School, and 24 undergraduates were awarded with the Presidential scholarship. That year, BHOS commenced admission to the very first Master’s degree program in Petroleum Engineering and Chemical Engineering.

In 2017, the Baku Higher Oil School launched School of Project Management (SPM). It is a joint project, which has been developed by BHOS in cooperation with BP and its partner companies with the participation of British company TwentyEighty Strategy Execution (Stratex) on the basis of the Master’s degree program of the George Washington University (USA). Currently, SPM continues its successful activities at BHOS carried out in the framework of cooperation between the Higher School and Stratex.

Within a short period of time, BHOS managed to create diversified infrastructure, attract the most qualified specialists and establish itself as a leading higher educational institution complying with contemporary requirements. Highly qualified academic teaching staff, best quality education provided in English, cooperation with large international companies, close ties with the industry and other advantages make BHOS the first choice for the most talented, educated and ambitious representatives of the Azerbaijani youth.

This success has been achieved due to innovative methods and modern equipment used for training of highly qualified English speaking professionals, BHOS cooperation with well-known universities and companies around the world, and providing internship opportunities for students to obtain job experience and improve their practical skills in addition to the theoretical knowledge gained at the lessons. BHOS management also provides all necessary conditions for the students’ intellectual development, social life and entertainment. Today Baku Higher Oil School is a higher education institution that has justifiably gained confidence and considerable respect of students, their parents and community.