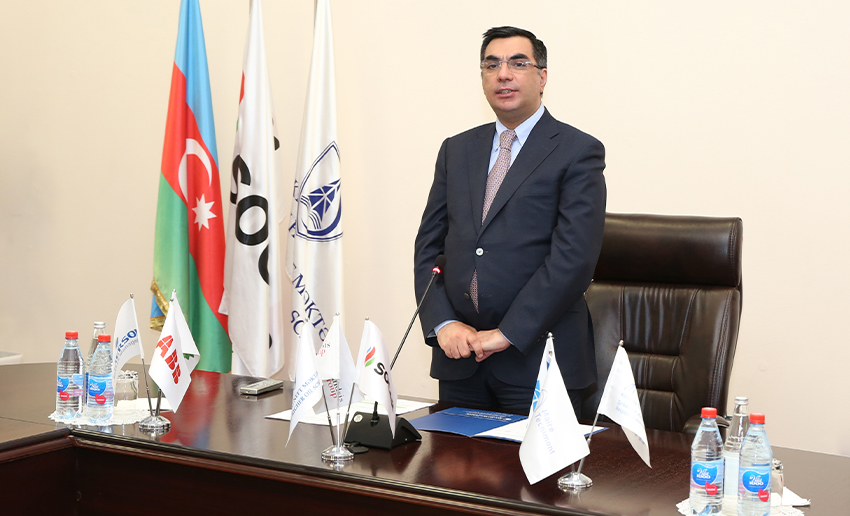 Baku Higher Oil School (BHOS) has held the opening ceremony of the 2nd International Student Research and Science Conferences dedicated to the 98th anniversary of the National Leader Heydar Aliyev.

About 1000 people joined the online event.

The conferences will continue their work in separate sections from 13 to 28 April, with the participation of media representatives.

Opening the conference, Rector of Baku Higher Oil School Elmar Gasimov greeted the participants. He noted that the conference is traditionally held at BHOS every year. The rector said that the main purpose of the conference, covering a 9-year period, is to develop students' interest in science and research work, as well as to help students exchange knowledge and skills in this area.

“These conferences, dedicated to the 98th anniversary of the National Leader of Azerbaijan Heydar Aliyev, are a manifestation of respect for his personality as the founder of modern Azerbaijan and its national oil strategy. For two years now, conferences have been held both internationally and online. Such conferences provide students and young researchers with ample opportunities for the exchange of knowledge and experience. They also inform the public about the results of research activities,” he added.

The rector noted that within the framework of the 2nd International Student Research and Science Conferences, the first conference entitled “Sustainable Development in Chemistry and Chemical Engineering” will be held.

Then conferences entitled “Petroleum Geoscience and Engineering” and “Process Automation and Information Security – 2021” will be held.

Other speakers stressed the importance of the conferences, as well as the importance of the creation of necessary conditions by enterprises and companies for students to undergo industrial practice and participate in scientific research. They noted that the fundamental knowledge provided in higher education institutions serves as the basis for the training of students as researchers and creates an opportunity for them to undergo practical training while studying at the university. They also emphasized that conferences of this type contribute to the improvement of students’ knowledge and skills.